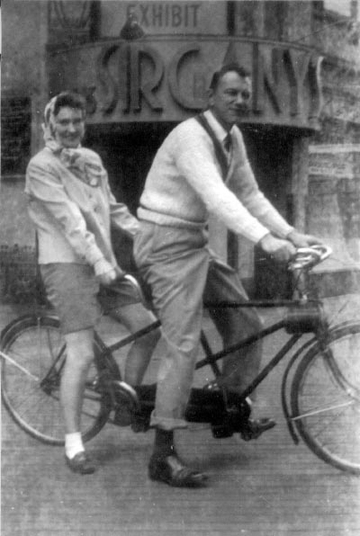 A little while ago, I told you about my friend’s band called The Woodrow Wilsons. They recently gave a smashing performance on MIT’s radio station. Listen here. They are also having a cassette tape (yes that’s right!) release party tomorrow night in Massachusetts . Here are the details from my friend Amelia:

We’re having a cassette tape release house party tomorrow
9/25 on Beaufort Street in Jamaica Plain, at the house with lots of
sunflowers out front. It’s a split tape, with us on one side and The
Points North on the other. We spent a weekend together in Freedom,
Maine, this summer to record a few songs using a four track. We’ll be
starting the show off at 8pm, followed by The Points North and Jeff
& Benares, a duo that performs original Americana music. There will
be cookies 🙂

P.S. For directions to the concert, email them at thewoodrowwilsons@gmail.com. I so wish I could be there. All of the bands sound fantastic. The picture above is of Amelia’s grandparents. Aren’t they cute?