The star-shaped Pandoro bread makes this holiday recipe especially festive.  No need to serve with syrup, as the bread and the butters each have a distinct sweetness about them. The subtle rosemary flavor in the butter balances out the tartness of the lemon and provides an unusual and complementary flavor to the blood orange.  Perfect for a Christmas breakfast! 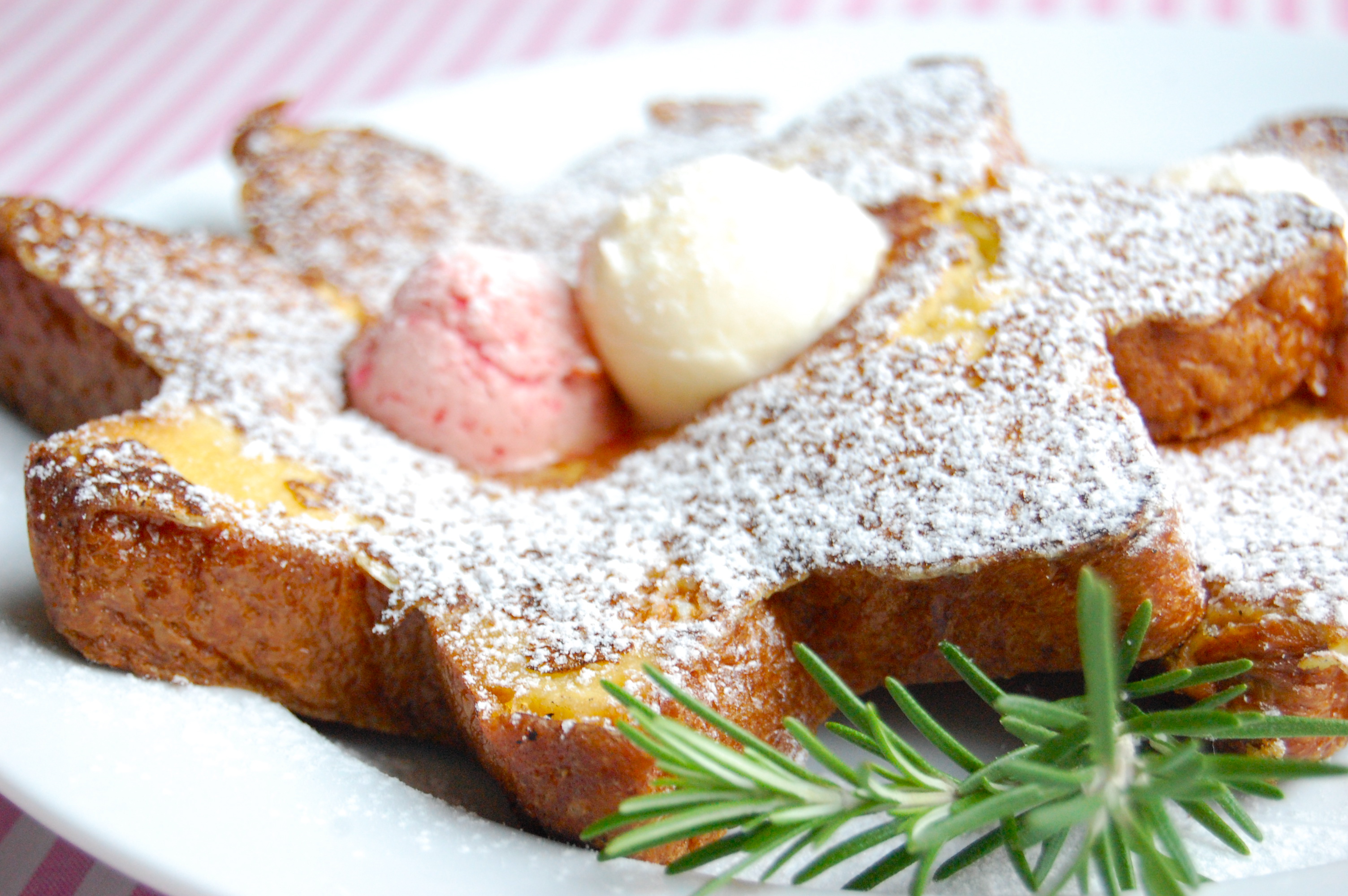 Put 1 cup of butter in an electric mixer.  Whip until fluffy.  Add 2 T. sugar and 1/2 teaspoon cinnamon, and the juice and zest of the blood oranges.  Whip until ingredients are all combined and butter is pink.  Form into a ball, wrap in wax paper and chill in the refrigerator until ready to use.

In a small saucepan, combine 1 cup of sugar and 1 cup of lemon juice.  Bring to a boil, then add the rosemary sprigs.  Simmer for 2 minutes, then turn the heat off.  Let cool completely (about an hour).  In an electric mixer, whip 1 cup of butter until fluffy.  Add 4 Tablespoons of the lemon rosemary syrup and whip until combined.  Form into a ball, wrap in wax paper and chill in the refrigerator until ready to use.  (Leftover syrup can be used as the base for some delicious drinks!)

Cut the Pandoro bread in thick slices.  In a bowl, whisk together the eggs, millk, and cream. Heat a skillet over medium heat and melt a teaspoon of butter to prevent sticking. When the skillet is hot, dip the Pandoro slices in the egg mixture and place in skillet.  Cook for about 2-3 minutes on each side, or until a golden brown. 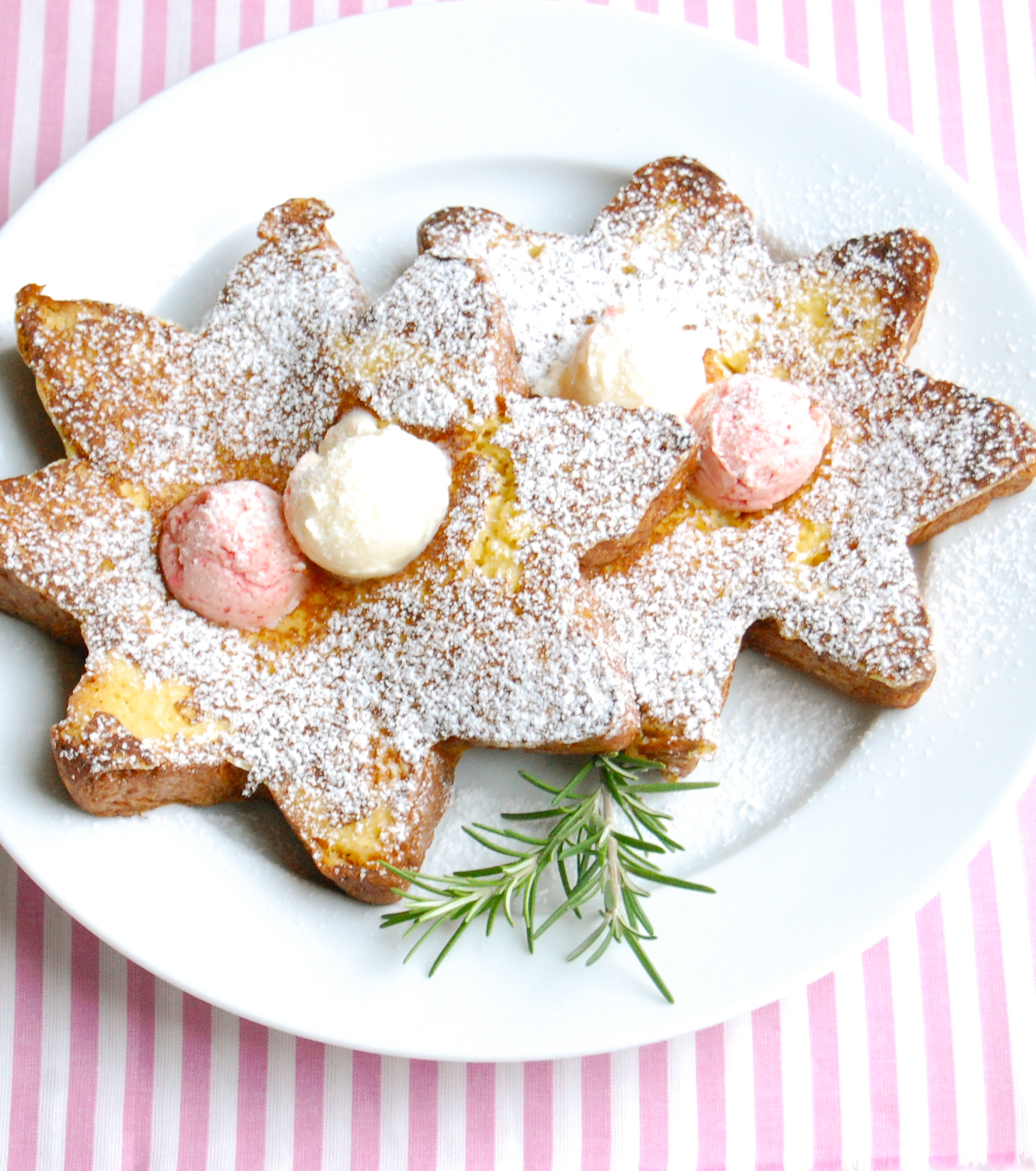 Serve hot, with a scoop of each of the butters and sprinkle with powdered sugar.